Have you heard of Red Pandas?

They are cute, they are elusive, they are often confused for raccoons, they are not well known, and they share a name with (and fall in the shadow of) the ever popular and world famous giant panda. They are Red Pandas, sometimes even called the "lesser" panda. 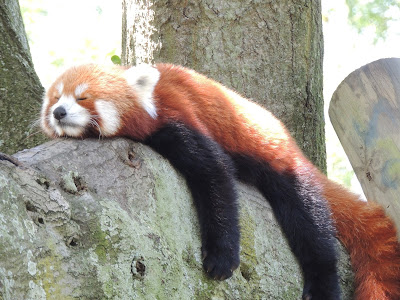 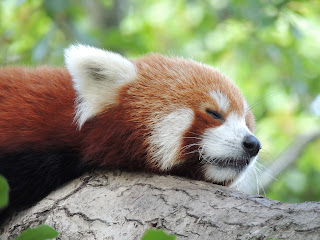 The red panda is considered a living fossil, which is a living species of animal that has no close living relatives and has survived a major extinction event. The red panda species survived the ice age and their nearest relatives can only be found in fossil remains. Although the red panda has survived this long it needs our help to battle a declining population trend which is currently occurring.

Red pandas only live in select areas in the Himalayas. These areas are temperate forest areas that produce sufficient amounts of bamboo to sustain the red pandas. The red panda is threatened by habitat loss, poaching, and potential inbreeding depression. Inbreeding depression can happen when there are relatively few animals in a given area which can result in lower health in the animals in that area.

Another great way to help, if you visit a zoo and take a red panda picture, share it on the Skyenimals Red Panda page, or post it on your Instagram or Facebook account and tag the @RedPandaNetwork in your post. A small effort like this will help spread the word about the red panda cause one person at a time. Be sure to follow the Red Panda Network Facebook page and the Skyenimals Facebook page to watch for cute pictures and more ideas on how to volunteer.